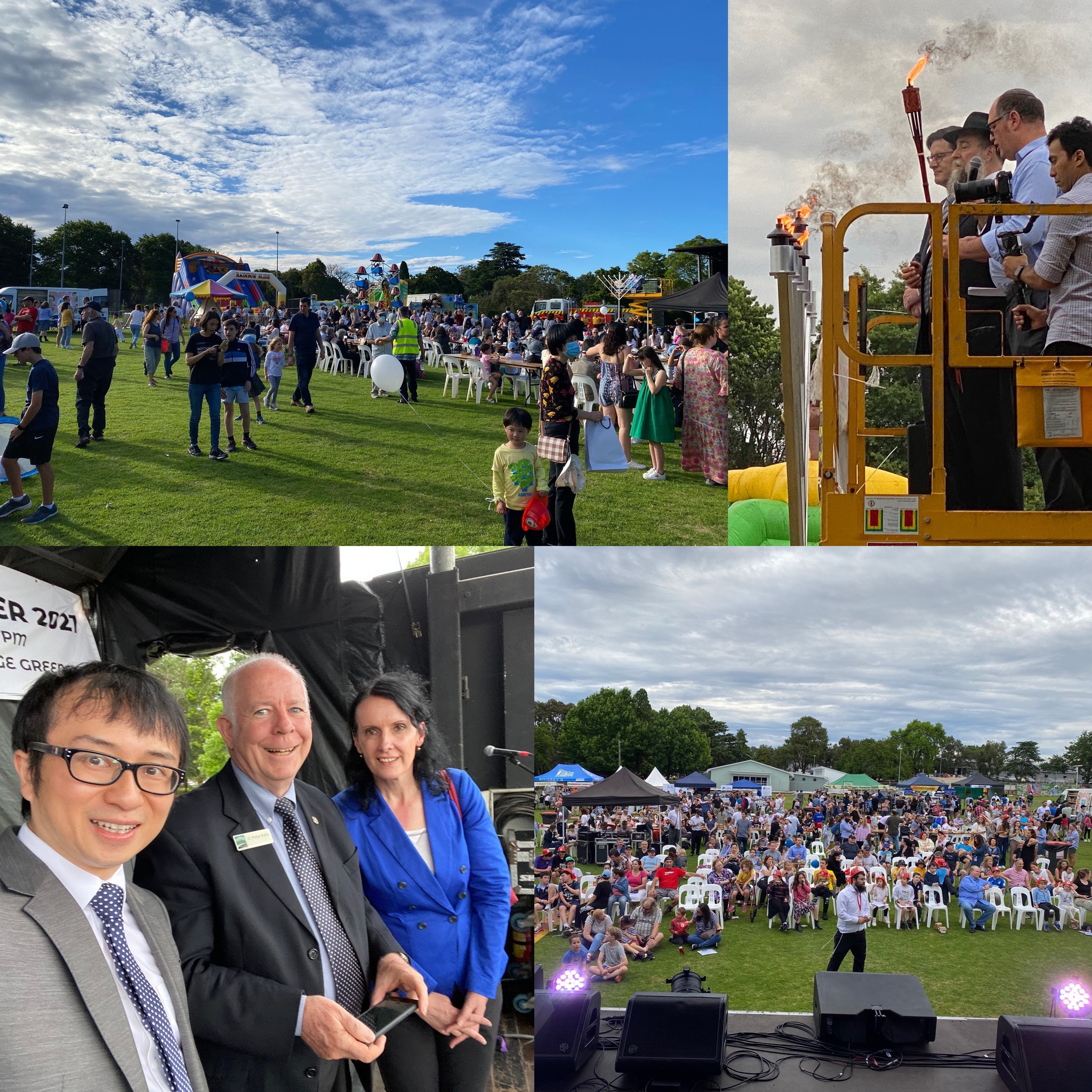 Despite yesterday’s rain forecast we had a pleasant day and the annual Chanukah on the Green organised by @ChabadNS went ahead.

Chanukah is an eight day religious festival where the Jewish people celebrate their victory over the armies of Antiochus Epiphanes IV during 2nd Century BC. (Some people believe that this was foretold in the book of Daniel.)

We got to see the lighting of the Menorah (candle) as well as a range of other shows and dancing.