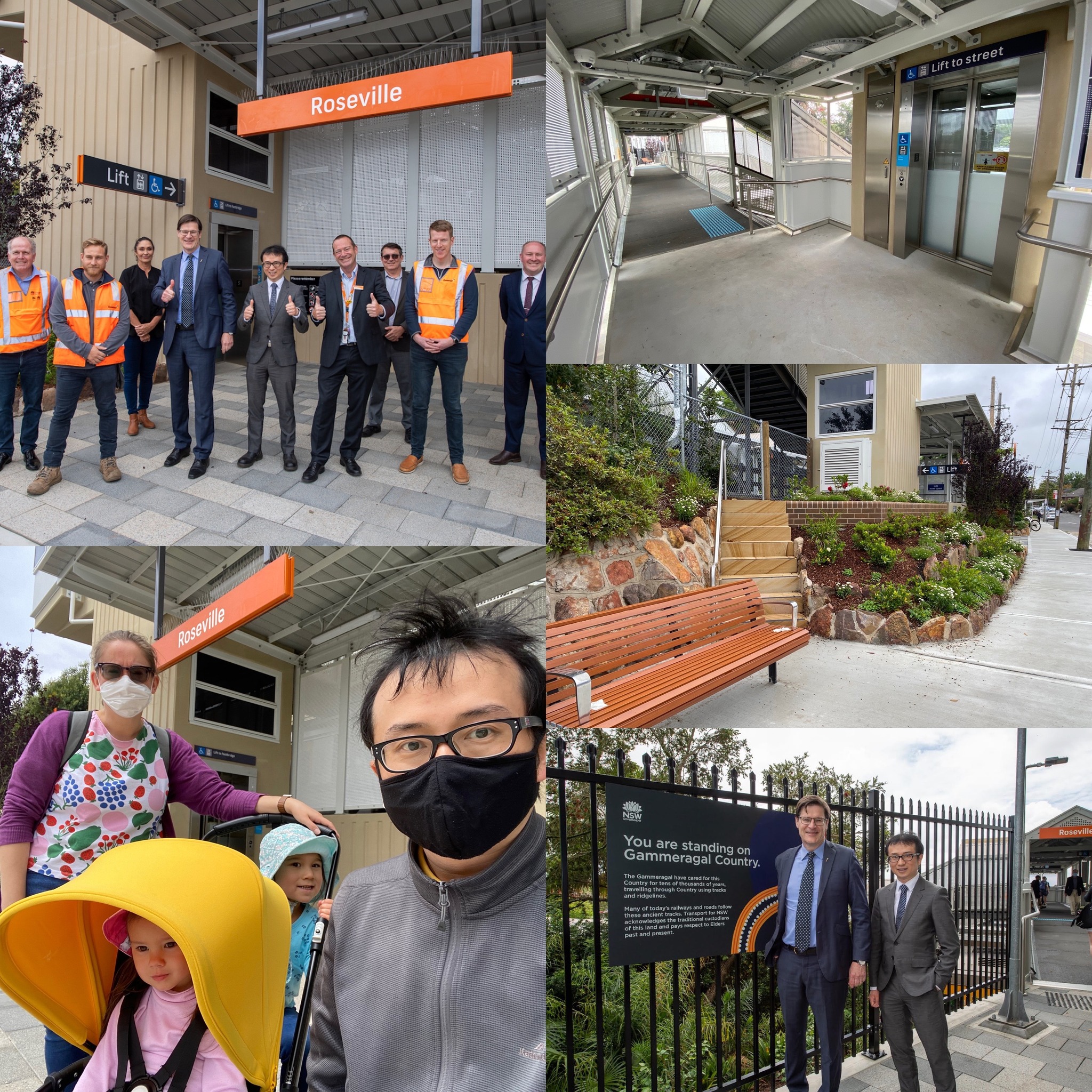 At the last election, many residents asked for lifts at Roseville Station and I said that while it was a State Government matter, I would advocate on their behalf for both lifts AND increased frequency of train services at Roseville and Killara.

The Roseville Station lifts opened earlier this month and our residents enjoy the improved level of accessibility for the elderly, for those with prams, for those lugging suitcases, etc. Other upgrades include a safer train platform, better toilets, and a much more attractive garden setting. Train services were also increased significantly pre-covid, we thank the State Government for these upgrades, and Killara Station is next on the list.