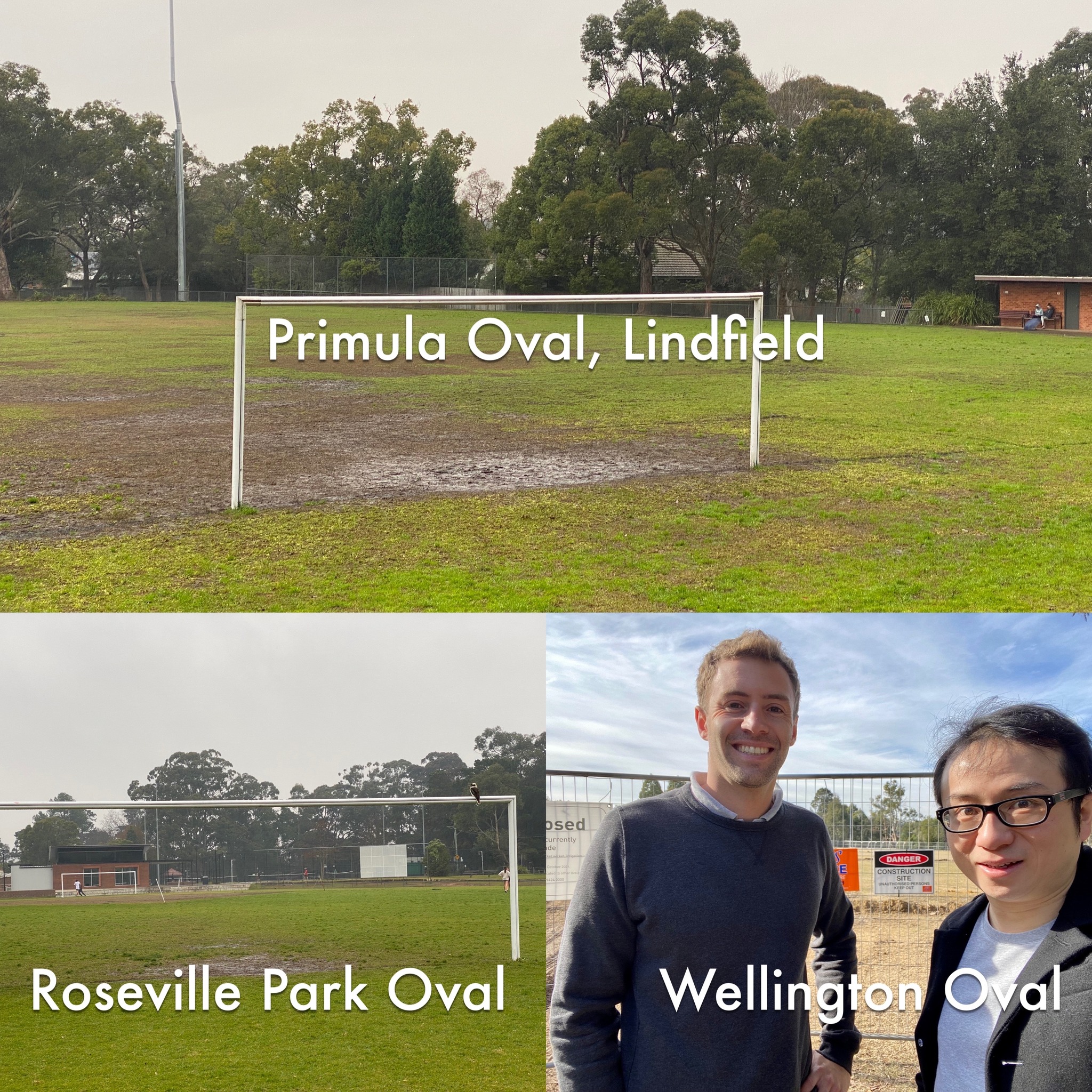 I recently met with Ed Ferguson from Northern Suburbs Football Association to discuss the recreational needs of our residents as well as the role that Council plays in providing for these needs.

A challenge faced by all sporting codes is that playing surfaces wear out from regular use and extreme weather, and they do not last forever. In recent months council has invested in returfing or upgrading Wellington Oval, Tryon Oval, and Acron Oval for Football, Cricket and AFL. Council has also upgraded the Roseville Park Pavilion used mainly for Tennis, and the Roseville Park Oval will be returfed and upgraded in early 2022.

We also discussed Primula Oval in West Lindfield, and the prospects of upgrading to a hybrid surface which is 95% natural grass reinforced by a 5% artificial frame. Hybrid technologies can substantially increase the durability and playtime of pitch, however are expensive and council needs to assess the cost/benefit as well as the funding.

Council spends ~$4.3m on sporting facility improvements each year, with staff typically proposing a funding allocation that evenly spreads the benefits across the entire LGA and multiple sporting codes. Sometimes there is scope for councillors to prioritise one initiative over another, and staff recommend funding adjustments for the following year. However $4.3m doesn’t go very far so it’s difficult to promise everything straight away, and there is benefit in seeking State/Federal Government support as well as additional fundraising.

During this election season I also find it bizarre that some incumbent candidates are claiming that they delivered this and that project when most of it comes from standard operational staff recommendations for which councillors give final approval. I mean yes, we as councillors did approve the final plans so in a sense can claim credit, but unless we played a personal role in steering a particular outcome I’d feel uncomfortable leading residents to believe that we were responsible for it. Unfortunately most residents will not have the opportunity to do their research so will take these claims at face value.