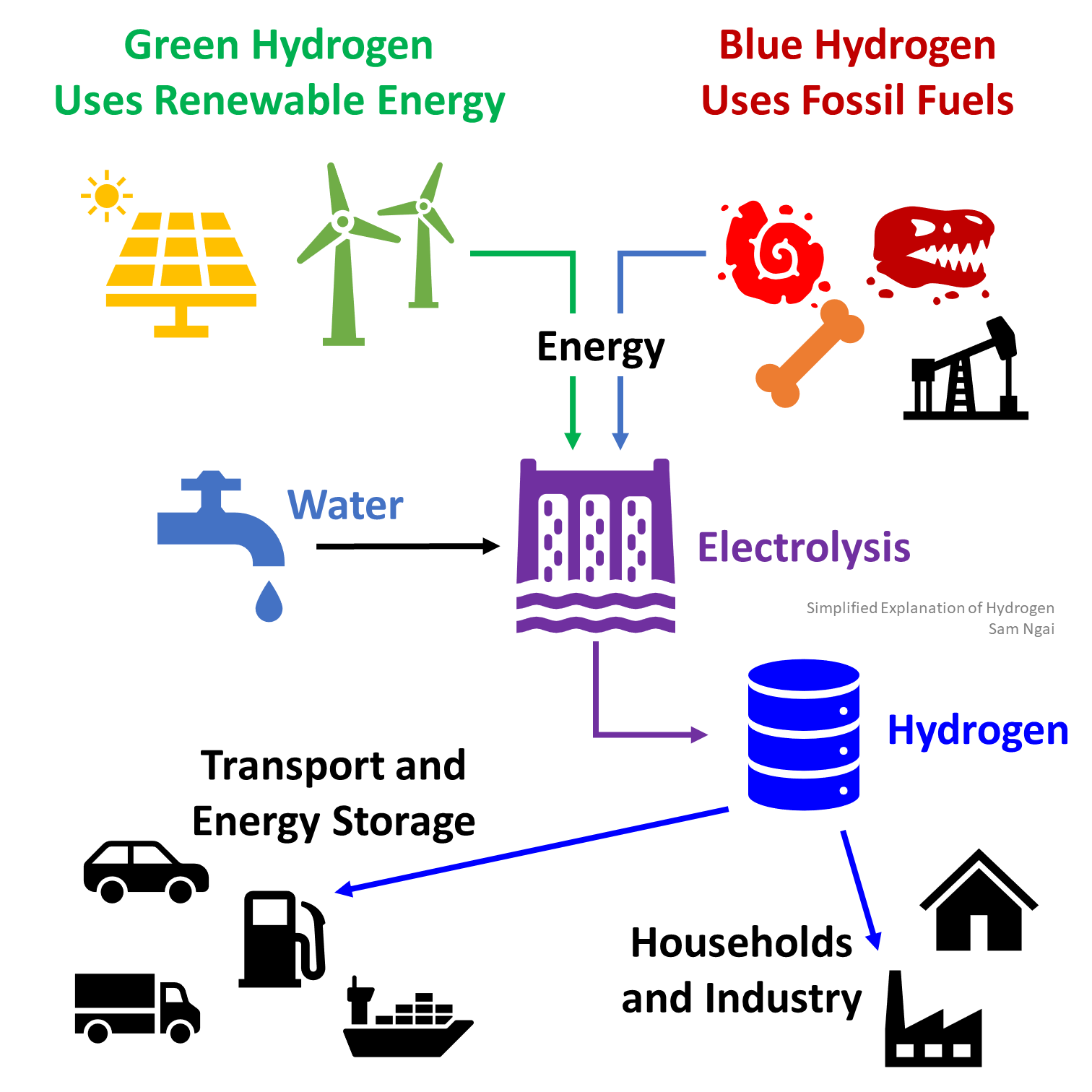 We currently rely on fossil fuels such as petrol and gas to power our transportation, domestic and industrial needs. Burning fossil fuels increases our carbon emissions as well as some carcinogens so it’s not that good. But if we burn pure hydrogen gas, the otuput is clean water as opposed to carbon dioxide and it’s much better for the environment.

So why aren’t we using hydrogen now instead of fossil fuels? That’s because the technology to create hydrogen has not yet reached significant commercial scale and it requires further investment.

Creating hydrogen involves the splitting of water molecules (H2O) to hydrogen and oxygen. Energy is required as part of the electrolysis process, so that’s where Renewable Energy (Green Hydrogen) or Fossil Fuels (Blue Hydrogen) come into play. Note that Hydrogen by itself isn’t necessarily that great; what we really want is the Green Hydrogen that comes from Renewable Energy.

There are some technical challenges to conquer before Green Hydrogen reaches commercial scale so it is very encouraging to see the (Liberal) State Government commit to this $3b investment. Some of the biggest questions remain such as whether we have sustainable water sources to create the hydrogen (a bit difficult during a drought unless we use seawater) and whether we have enough excess renewable energy during the daytime to produce the hydrogen.

Green Hydrogen is just one of the technologies which will help us achieve Net Zero as soon as possible.