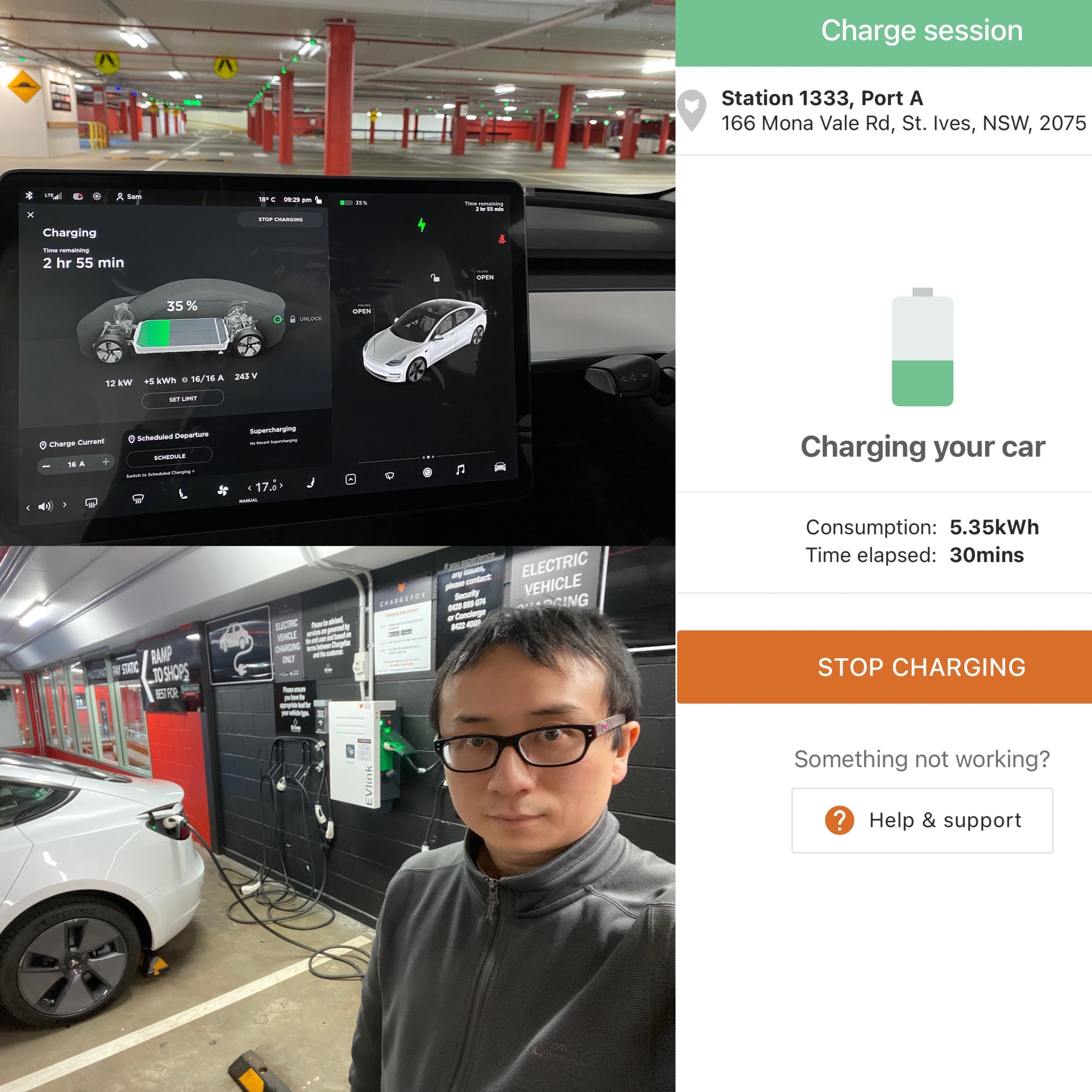 But at Ku-ring-gai we have yet to adopt a plan, and that makes it difficult to encourage uptake for those who don’t have the luxury of charging at a home garage. Ku-ring-gai did recently change its Development Control Plans to require future apartments to provide charging conduits, but that doesn’t do anything to address the needs of existing apartment dwellers.

The only publicly accessible charger in Ku-ring-gai is in St Ives Shopping Centre so in September I went to check it out. It was pretty cool, the first hour of charge was free and it charged the car six times faster than charging at home when plugged into a regular wall socket. But we need much more of these to promote a serious level of uptake, not just at retail locations but also on public land.

If elected we will start the process of developing an Electric Vehicle Charging Infrastructure Plan. We will also seek to put the charging infrastructure to tender, exploring whether or not any of the current suppliers are able to provide infrastructure at a price that is acceptable to us as ratepayers.