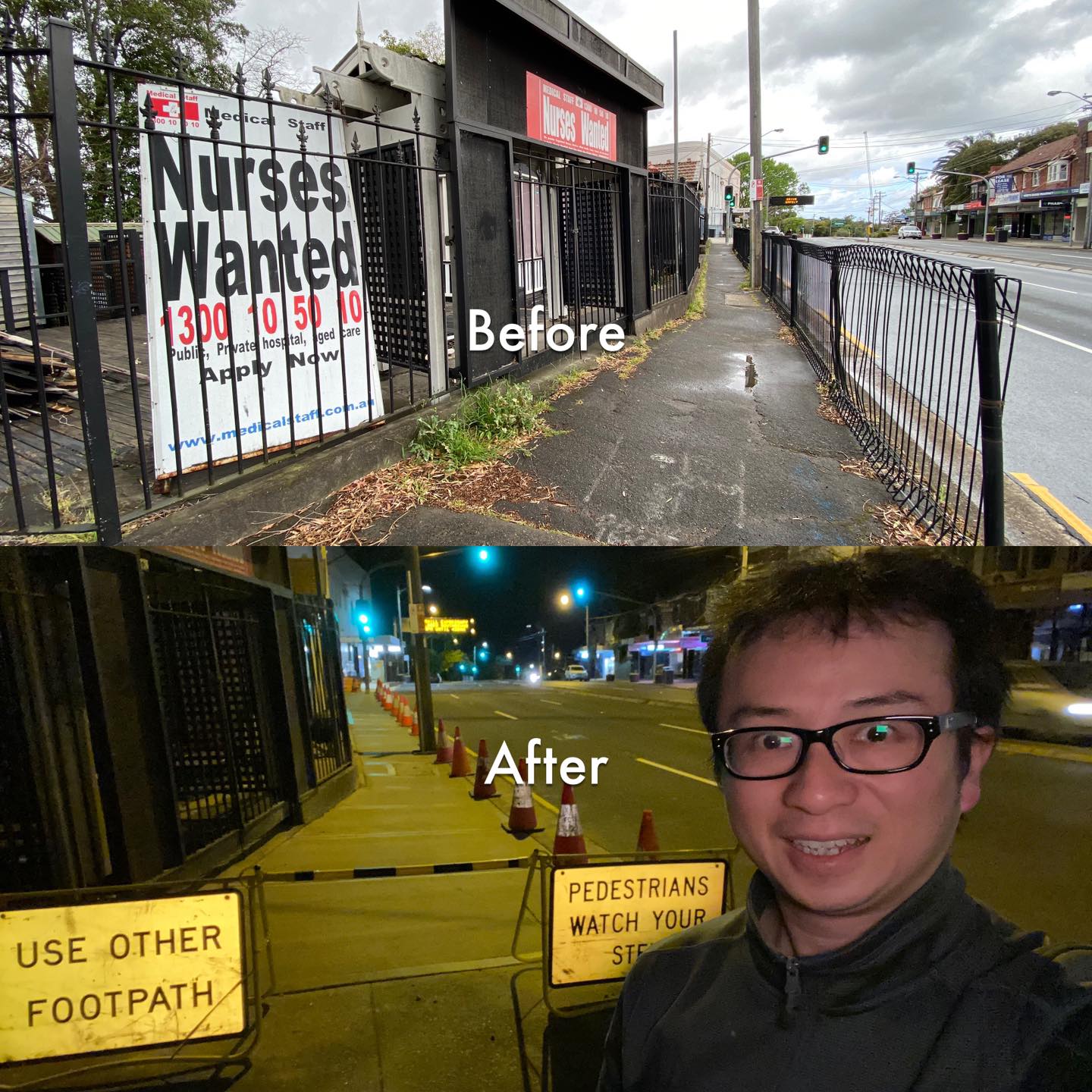 You are looking at the happiest ward councillor in Roseville.

Back in August 2017 I received a phone call from a lady complaining about the footpath immediately outside Roseville Station. It was a high traffic area but paved with really crappy bitumen. Uneven, rocky, large pools of water in the rain, and very unsafe. She had spoken to both of the Roseville Ward councillors before my time (including the mayor) and neither of them were able to produce any outcome, so she hoped that I could make a difference.

I’ve been trying to get this fixed for the last four years and there were technical reasons for the delay, but to my pleasant surprise when I walked past this morning at 1:30am on the way to inspect another issue, I saw that work has been underway. No more crappy and dangerous bitumen, we now have the proper asphalt footpath that our residents deserve.