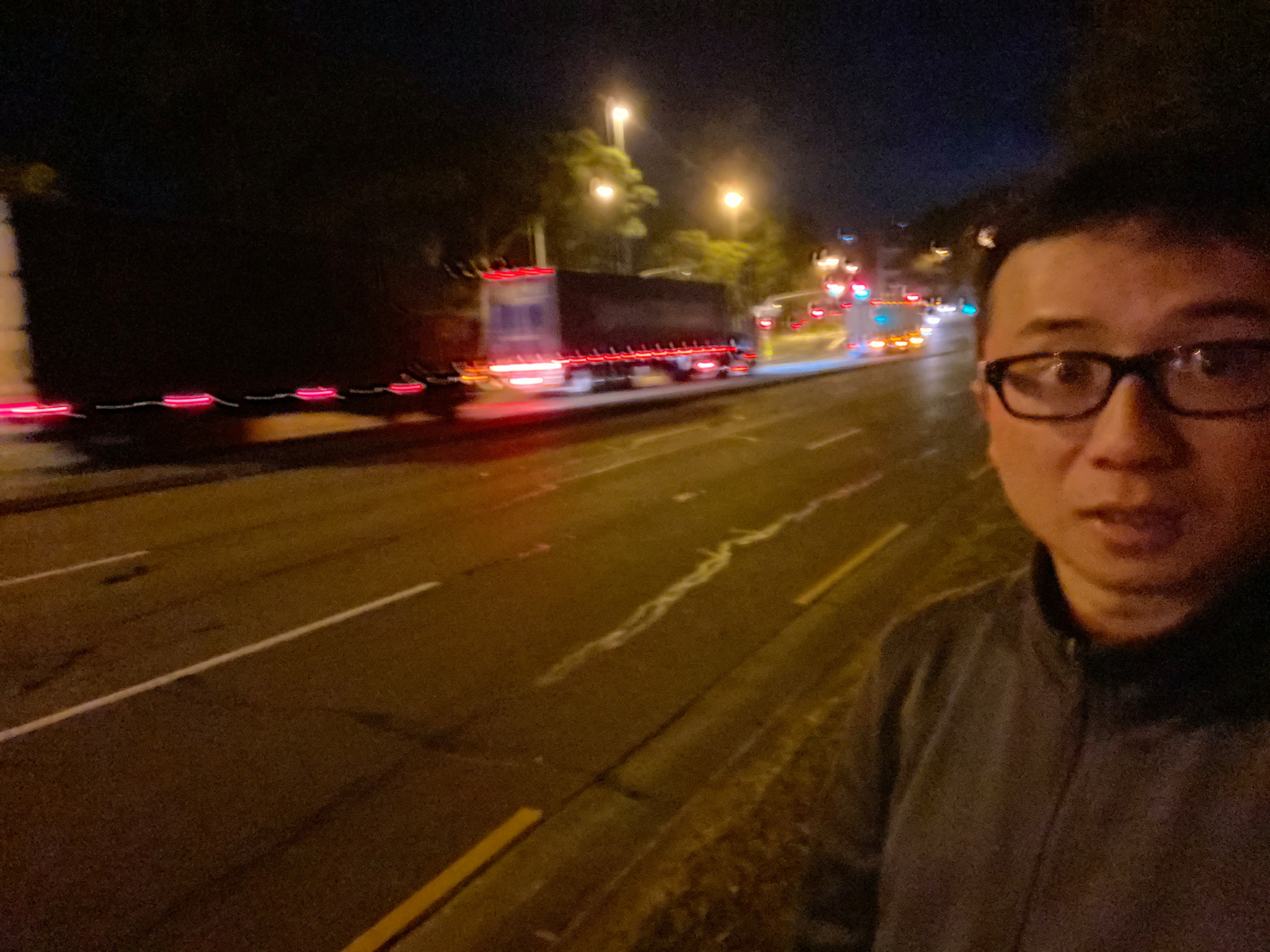 In the picture below you can see three trucks bolting down southbound on Pacific Highway, turning right onto Ryde Road. It appeared that most councillors including myself agreed that this sort of thing had an undesirable impact to residents from a safety and acoustics perspective, though we did not share the same view on what would be the most appropriate way forward.

Other councillors voted against this for a variety of reasons. Some of us voted against because while we agreed that action had to be taken, we disagreed with the tone of the preamble, the accuracy of the media statement surrounding the matter, as well as the tone of the speeches given by ‘the other side’ on the night. Personally speaking, these came across as being unnecessarily hostile and I would have personally preferred to approach such situations diplomatically, seeking to get a more thoroughly considered outcome by working co-operatively and constructively with the State Government. We proposed that we ask the State Government for their traffic data, gather some independent data ourselves to verify, and work collaboratively to promptly reach a range of solutions by June in a civil manner. (This is also close to what we normally would have done through the Ku-ring-gai Traffic Committee.) But our alternate motion did not receive the 50%+1 support required.

Other exciting things from last night were the approval of some Men’s Health Week activities, the trial of a Youth Leadership Program, and a request to get a report to investigate the feasibility of an expanded St Ives Nursery and Garden.

Overall it was quite a long meeting (nearly four hours) with moments of intense debate. There were also numerous accusations and conjectures flying in all sorts of directions on the night so my suggestion is that if you hear something wild and fanciful, it’s best to watch the video of the council meeting to verify for yourself whether the wild claims are true or whether the people laying the accusations have misunderstood the situation. Having said all that, this is democracy in action.

Also, it’s good to be back to meeting in person. Online meetings have been great but after a while I start to miss the face to face element.