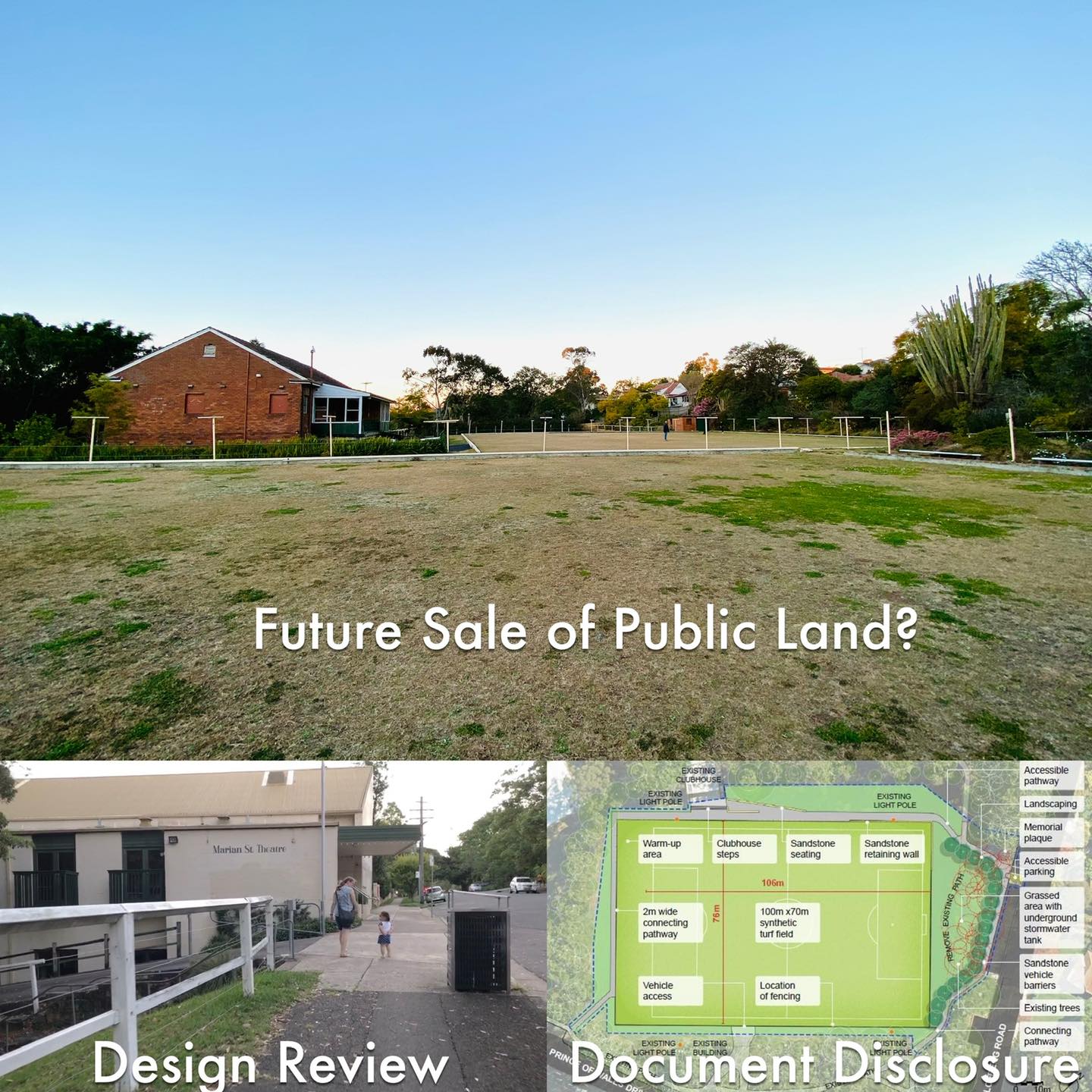 Roseville Chase Bowling Site – Council voted to ask the Department of Planning to undertake the final steps of rezoning the entirety of this public land to Low Density Residential (with the next obvious step to sell the entire site). The vote was close, 5 vs 5 plus the mayor’s casting vote in support of land rezoning. Our alternate proposal was to take a step back, consider potential community use, and retain part of the site for recreation but this was defeated 5 vs 5 with the mayor’s casting vote against the proposal.

Marian Street Theatre – Design work put on hold for three months so that members of the community could have further input into the design.

Norman Griffiths Oval – Review of Environmental Factors (REF) and other supporting documents to be made available on council website once available. It is noted by some that at other councils, the REF is usually conducted before a contract is awarded however there were concerns that at Ku-ring-gai the process was the other way around. Personally, I found that there were residents from various camps who were incredibly rude to councillors during the weeks leading up and although it didn’t affect me on this occasion, I felt sorry for those who had to put up with it.

Code of Meeting Practice – Glad to see that councillors supported my proposal to align our meeting practices with the majority of other councils in the North Shore (and in line with Office of Local Government Guidelines). Previously our Public Forums had very little interaction between residents and councillors, but with a revised code we hope to improve the public interaction and engagement.