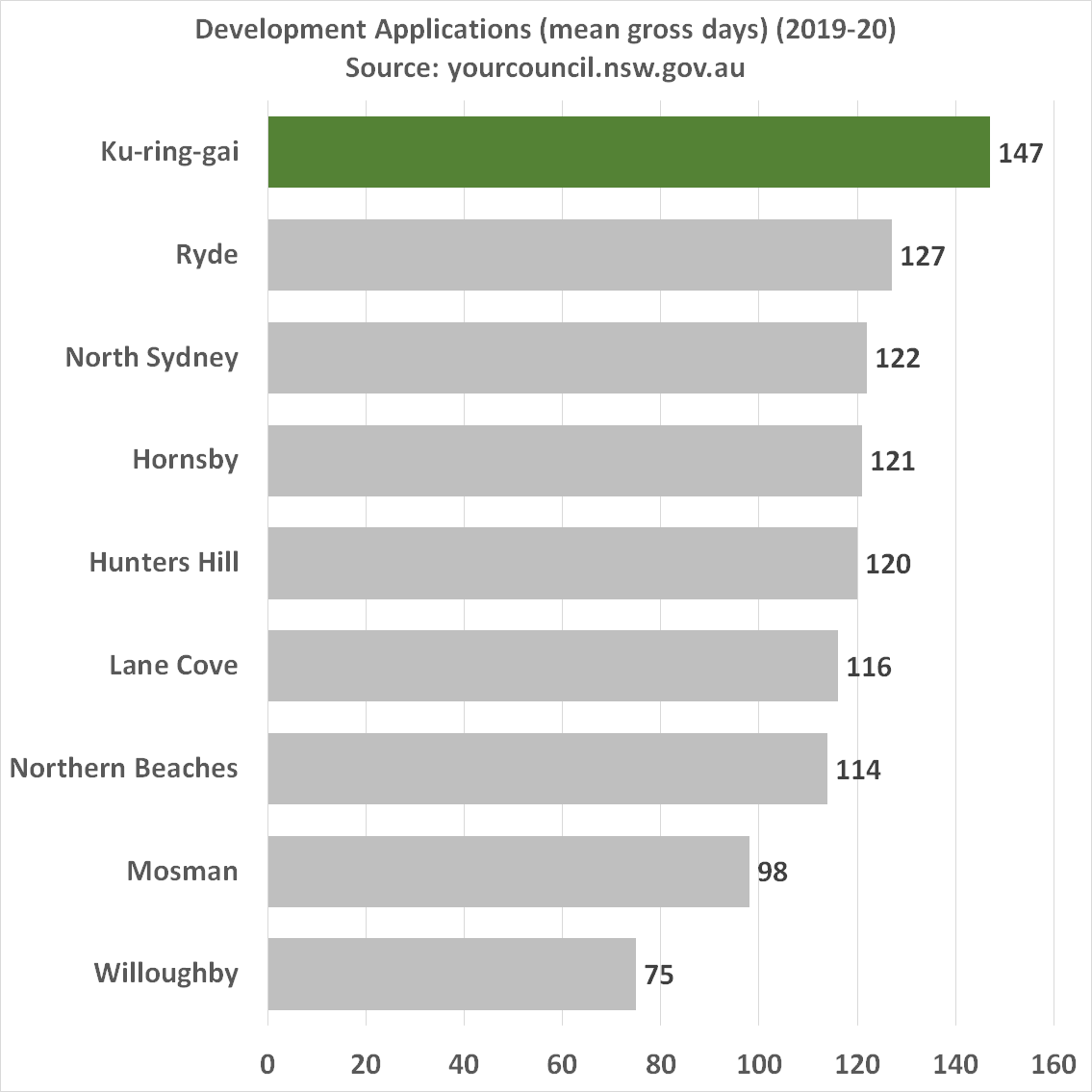 It’s not a surprise to some that Ku-ring-gai is the slowest council in Northern Sydney when it comes to processing Development Applications, and as a councillor I get contacted a few times a year from residents who are disatisfied with the process. The usual story is either that they had submitted their DA a few months ago and haven’t heard from council since, or that after several months they finally are contacted by council only to be told that unanticipated additional reports (traffic, acoustic, geo, landscaping, etc.) are required, adding further to the delay.

In these situations there’s not much that we as councillors can do to directly influence the outcome because it is an operational matter under the authority of staff, however, if the majority of the governing body this council term is open to reviewing the process, setting appropriate performance measures instead of moving goalposts when things get too hard, and identifying improvements (e.g. re-engineering the process, triaging certain DA’s to earlier identify issues, improving the system to allow residents to track progress, or allocating greater budget) then we can be on the way to restoring Ku-ring-gai’s reputation in this space.

In the past I’ve asked these process improvement questions on an annual basis but the usual response has been no, not needed and not interested. Which is really weird and I hope the new council will be better.

Yes there is also the explanation of an increase in CDCs resulting in an increase in the complexity of DA cases, and you can see some limited evidence of that in the data below, however I don’t think it tells the full story and it doesn’t explain why the other councils are so much better than us. Anyway, this is one of the areas where I’ll be talking to councillors behind the scenes to test if there’s more appetite to explore doing it more efficiently without unnecessarily dropping standards.